I had a hospital appointment yesterday morning, and arrived at the Neurology clinic to find an unusual level of frenetic activity. This turned out to be due to them trialling a new computer system, which had apparently thrown everything into a state of flux.

A large sign at the reception desk, pleaded with patients to be patient during the initial teething period, so I settled down for what I assumed would be a long wait, given the literally seething mass of people in the waiting area.

After a while I picked up one of the information leaflets from the window ledge and began to idly flick through it. Towards the back there was a page of apparently random facts, entitled 'So You Think You Know EVERYTHING?'

Now, I'm as up for a bit of useless trivia as the next nerd, so here are some of my favourites:
There were more but the rest were relatively boring and therefore most likely to be true. I can't speak for the veracity of any of the above, but I do take issue with dogs only having 'about 10' vocal sounds. Small Dog has an infinite variety of vocal sounds, comprising growls, squeaks, yelps, barks, grunts, sighs, groans, coughs, yowsers (I couldn't think of a proper category for those) and no end of other noises depending on her mood.

And who the hell was able to identify and authenticate 100 different cat sounds?! As far as I'm concerned, cats go miaow, purr, and occasionally hiss. Not to mention being notoriously uncooperative. So I'm really up for challenging that one.

As for the others, well I didn't even know that crocodiles HAD tongues, never mind not being able to stick them out. I'd love to know how THAT was discovered. Same goes for the shark blinking thing. How do people find out this stuff? And more to the point, how can they be so cavalier in the assertion that NOT ONE OTHER fish does the same?

Snails can sleep for three years?!!! Surely any snail lover worth his salt would give up on a pet snail if it hadn't moved for three days, or even three weeks, let along three years. I wonder how many sleeping snails have been rudely awakened in the process of being sauteed in garlic butter.

As for 'it's impossible to sneeze with your eyes open'. Well, yes. As any fule kno. If you've ever experienced a sneezing fit while driving you will know this to be true.

Not to mention, 'there are more chickens than people in the world'. Really? The most authoritative source I could find on Google, suggests that as of the middle of last year, the world population stood at 6,790,062,216.
Presumably by now it has topped the 7 billion mark. So there are more than 7 BILLION chickens in the world?

Gosh, that's a lot of chooks. 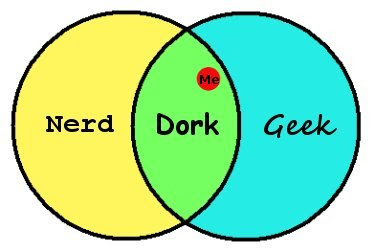 You nicked the page didn't you?

Rosanna, good luck with checking out the chickens. Let me know how you get on!

Julie, I so wish Small Dog would say sausages but she's more of a rump steak dog. She does make a noise between a growl and a bark which actually sounds remarkably like 'rump' although she can't quite get her lips around 'p' sounds.

Bev, the leaflets were free to take away so I couldn't resist. I do try to keep up my displacement activities at all times...

I've spent years convinced that 'dreamt' is a real word only to be slapped down repeatedly by spell checkers.

Perhaps you dreamt it...

I hate spellcheckers and all their ilk. They know NOTHING.

I was a teacher in a previous life so if I can't spell a word properly then I deserve to be slapped down.